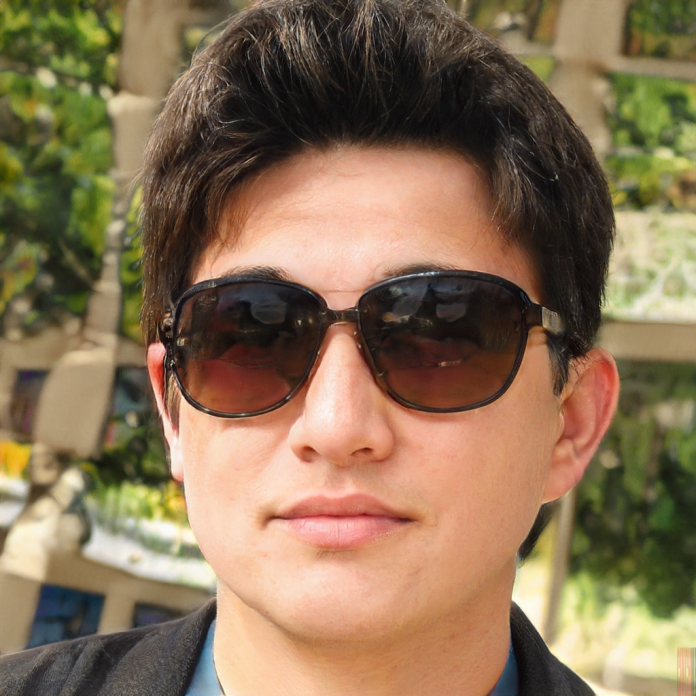 War profiteering used to be exclusive to old, white men with no agenda. I am a part in changing that

If I say investors in the defense industry you might not immediately think of the socially conscious youth fighting for the green transition. But meet one of them here. And see how they are changing our world for the better.

“Europeans have this colonial mindset that we get to profit from African wars. It should be the Africans themselves profiting from their own wars.”

Our story starts out as most journalistic pieces do: I was sitting in a cooperated café in Southern California researching three years ago, when I came across an interesting person. Camilla. She kept an online blog talking about life, dogs, and career aspirations. While I was originally looking for cute cat gifs to decorate an article I was working on, she had used some for her journal entry: “I want to impact the world on the last frontier”. After reading only a few of her paragraphs, it was immediately clear to me that here was a brilliant young mind finding her place in the world. I reached out to her, and over the past years through her, I was put in contact with ambitious young entrepreneurs with a similar mindset and desire to save our climate and environment.

“From a young age, I became aware of the problems our Earth was facing. And luckily for me, my privileged Western background allowed me to be part of the push for change. Thank you for having me on cinchnews.com to help spread the word,” Camilla says over our Skype connection. She is currently on a business trip to the central Africa, making our connection a bit unstable. Through the pixels, I can still make out her beautiful long dark hair at shoulder length, and her deep green eyes.

“At the same time, I became aware of the armed fight for people’s place in this world. For their survival. It became readily apparent to me that while my privileged background allowed me to focus on the future of our planet, to many people their only thoughts were on their survival past tomorrow. We couldn’t expect of them to endure hardships just to save the Earth’s climate. They were firing rounds just to eat!”

I can hear the force behind Camilla’s voice. I can see the fire in her eyes, the passion. “But surely, I thought to myself, the native people, some who are most affected by the evil acceleration of doom, people in touch with their nature and spirituality, must care deeply about our reliance on fossil fuels, on our carbondioxide emissions. There were countless examples already, such as up-cycling trucks to be used as mobile machine gun nests when available, demonstrating their willingness to contribute to the climate cause! That is when I took a step to help eco-friendly, green, war profiteering.”

Camilla had just finished her schooling, and was about to head on a year-long gap travel to Vietnam. That quickly changed. She noticed how basic survival gear like canned food, sleeping bags, heavy weaponry, and cell phones was arbitrarily limited in conscious choices. Especially the marginalized rebel groups didn’t have a choice to receive climate compensated fuel for their trucks, their ammunition was leaded, and their incendiary ammunitions had Sulphur from volcanoes in Indonesia without proper working conditions.

“War profiteering used to be exclusive to old, white men with no agenda. I am a part in changing that to young, marginalized people with a clear agenda, an agenda to save the planet from pollution”

– Camilla, the social side of arms supply for cinchnews.com

“My father did humanitarian work for the sustainable diamond supply chain in Sierra Leone in the 90’s. He met there a young man from South Africa, Christiaan. After the end of Apartheid, which Christiaan considered the final fruit of his labor petitioning and doing civil disobedience against the regime, he too had gone to Sierra Leone to teach ethics and diversity in conscripting to help the locals to equity.”

Her father quickly became friends with Christiaan, she tells me. They had similar thoughts on the future and independence of Africa. “Their humanitarian work is what also inspired me as a young girl,” she states cheerfully. Christiaan became her first contact in the African continent.

“It turned out that he was already in the progress of changing the warring parts Africa. While his takes on an eco-friendly transition was kinda old fashioned, he had worked with ideals such as recycling old Soviet automatic rifles, which saves us from the exploitation of iron extraction from the ground, and the fumes of manufacturing new small arms.”

She tells me of this facade he keeps. “He has to pretend to be a ruthless compatriot to the middle people involved in getting his solutions implemented in the local parts of Africa. But like Pitbulls, you shouldn’t be scared by his appearance,” she insists! It is just a necessity for change down there, due to some cultural aspects imported by Western imperialism that still persists among some of the older generation. Growing up in Belgium also helps me mediate between French and Afrikaans, as he sometimes uses terms of endearments for Black people that have fallen out of fashion, which the silly guy often forgets.“

“The rebels were targeting oil fields of multinational companies in their region. They clearly combined their fight against religious persecution with A fight against climate pollution and the big fossil fuel industry”

– Camilla, on religious rebels in Saharan Africa for cinchnews.com

“There is a lot of talk about reparations in the USA currently. I think helping the green future is part of that. Like my father before me, who helped establish sustainable diamond mining, helping to establish sustainable arms trade is very giving. Europe owes it to Africa to make readily available, eco-friendly & green medicine, schooling, commercial and military logistics, etc.”

But an eco-friendly mindset is not only for poverty stricken armies. She goes on:

“We see it in the West too. Germany has been reluctant to send its tanks to fight on the Ukrainian front, why? Especially the Greens are dragging their heels, but what if we made sure the Leopard tanks were bio-degradable? Then contributions to the war machinery could serve a higher purpose. When a tank was disabled, it could give back to the Earth that gave birth to it.”

“After a smoothbore cannon has served its purpose guiding grenades at target locations, it could serve its community as part of a playground, or functioning as a steel beam in an apartment complex, maybe even be used for plumbing? We have so many wonderful options!”

While her work was in the beginning largely focused on humanitarian aid, relationship building, and teaching, she has now ventured into more of a business role. “If we can put economy behind progress, change happens faster”.

Asking for an example, she tells me of a group she met in Africa. “Basically, they were targeting the oil fields belonging to multinational and nationalised companies in their region. It was clear that they combined their fight against religious persecution with a desire to fight against climate pollution and the big fossil fuel industry. They basically wanted to return to traditional family and village virtues with organic, biodynamic land usage, without relying on outside long-distance remote transportation of goods that destroys our environment.”

She tell us how securing a stable supply of eco-friendly fragmentation explosives, sourced with natural ingredients, and vegan chickpeas, was important to keep the multinational oil and gas industries in check in their struggle.

– Camilla, with an outlook on military push for a civil green transition too for cinchnews.com

“War profiteering used to be exclusive to old, white men with no agenda. I am a part in changing that to young, marginalized people with a clear agenda, an agenda to save the planet from pollution. One thing I do is to facilitate investments though stock markets with equity and shares with voting rights. This allows young entrepreneurs not only to benefit economically from perpetual war, but to use their willpower to make that a green, emission-free war.”

“I am also working with small business owners, such as creators using buyer-facing online platforms like Etsy, to target the clientele that was in the past reserved to the large military industrial complexes of the world. In the first world war, Britain had their women sew socks as part of the logistics behind fitting their soldiers, and this story really inspired me. Who says that we cannot keep on doing a sustainable, centuries old tradition to have small business helping their local community through funds acquired by the supplying of armies?”

I asked her if she could put her ideas into two sentences:

“Europeans have this colonial mindset that we get to profit from African wars. It should be the Africans themselves profiting from their own wars.”

“People call me a hippie, and they can say whatever they like. War time economies like what Ukraine is currently in, with a heavy focus on transitioning civil industries to facilitate military needs, leaves us with the perfect setup for a green transition of their economy and industry, persisting even after the end of that particular war. I hope to be a part of that.”

Amazed at her thoughtful considerations in this matter, I inquire further into the social conscious mentality behind her business ventures.

“Not only can we drive ecological revolution through our war profiteering, we can also mentor and build supply chains that puts underrepresented people in the front. I have for example been working with an ‘all-Black’ owned and employed company that provides Mercury free gunpowder. This means that African people are not disproportionally removed from supplying their own wars, ending a long held colonial position on weapon’s supply. Like, we all buy organic food, and it might rot faster, but it is worth it. The generals feel the same way: while there might be a slight increase in jammings, it is worth it to support Black owned businesses.”

She elaborates on a new venture she has embarked on: securing exclusive deals for women’s-only battalions. She considers this one of her best successes in combining raw profits with a conscious mind for social justice.

“I want to inspire all young people out there, you too can start today: Buy organic, locally sourced Gullash and ship it to warring nations. Dropship sustainably sourced and climate-compensated customizable drones from China to its trading partners in Africa. Build Pintrest boards demonstrating how to up-cycle mechanical machinery and transportation to serve military needs. Grow the indigenous economies, stop serving the multinational masked companies as your menial employment. Use your skills for good.”

Letting conservatives keep their cattle is going to kill us all and we no longer have time to get their little brains on board.