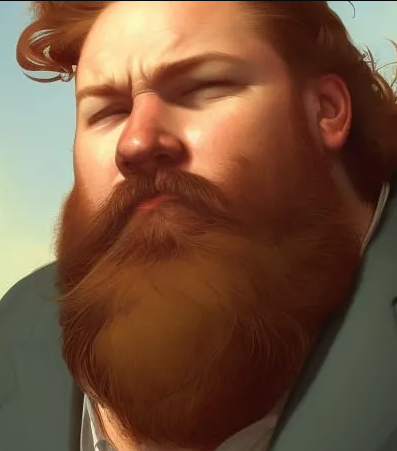 Reese Meadowshttps://discord.cinchnews.com
At 6'3 and 265 lbs., you'd be excused for thinking Reese is a bit of a meathead but there is nothing Reese enjoys more than reading queer theory, spending time with his cat Lilith or a good cry session.

Five signs your pet may be trans

This list is meant to be a helpful guide but is by no means exhaustive.

As the transgender movement slowly inches towards mainstream recognition it has become time to discuss the next frontier of advocacy: transgender animals.

Unfortunately, this will be an uphill battle as unlike our human trans brothers and sisters, animals cannot speak for themselves. This means it falls upon us – their human allies – to fight for them.

Naturally, we first have to learn to recognize which animals are trans. This list is meant to be a helpful guide but is by no means exhaustive.

1. They show interest in LGBTQ humans in your life.

An animal can’t directly tell you how they identify but actions speak louder than words. If they interact more with LGBTQ and especially trans humans, such actions are astoundingly clear.

This is called “gender euphoria” and is an intense euphoria experienced by transgender individuals when their identity is validated. This is well known to occur in humans.

3. Signs of unhappiness or discomfort.

Of course, on their own, signs of unhappiness and discomfort are not sufficient to identify someone as trans but they can serve an important role suggesting to look for other signs or confirming other signs you already know.

Many might have expected this to be at the top of any such list but this is a sign you need to be careful with. Animals do not have traditional gender roles in the sense that humans do (if only we could be so lucky) and it is essential not to anthropomorphize – however, an experienced animal lover can identify certain behaviors generally favored by the opposite gender of that species. For example, non-spayed male cats may “go into heat” in some cases and this heavily correlates with trans-ness.

5. Frustration over their genitals.

Given sufficient frustration at being perceived at cis, a pet can grow very discomforted with their own genitals. If you see your pet attacking it’s own genitals this means you’ve long missed other signs your pet is trans. This is usually the stage where even the most in denial pet owner must confront reality.

Ok, so my pet meets a lot of these criteria, what do I do?

First, it is most important to remember that your pet is still the same beloved pet. Nothing has changed, they’ve just discovered their true selves.

Next, it means your moment to step up and be an ally has come. Make sure to love and affirm your pet.

Next, take your pet to a trans-positive vet. Simply ask your vet; bigots will usually be up front about their prejudices.

Once you have found a vet, your job is now to simply be loving and supportive. Medical decisions should be left to the patient and a licensed medical professional.