Republicans’ smoking gun may prove to simply advance Joe Biden, as there appears to be one underlying truth they are unable to fix. That is simply, the former Vice President loves globalization. In wake of the pandemic, it has been abundantly clear that nationalists, isolationists, and plain bigots crave the idea of the US always being independent. The truth is, in our globalized world… the US being a major player in the geopolitical sense is redundant and rooted in imperialist beliefs. This is the reality we as Americans crave, that has been present under the Obama administration, which Biden paid an undeniably crucial role in.

Through his supposed relationship with Ukraine we have come to understand that Joe Biden detests these beliefs. He understands that the US must continue to detract Russia’s power over the American people, which has been omnipresent under Trump’s circus. This all begins by continuing our relationship with Ukraine. In fact, it is borderline necessary to develop foreign policy in wake of the pandemic. The difference between many politicians and Biden however, is he makes it personal. By having a personal stake within the relationship, Biden is able to concentrate greater on having an impact in the worldwide sense. This is not limited to Ukraine, but to China, Pakistan, and many other countries who we must establish our relationships with in wake of Trump.

It is a great boon that social media sites have taken away the gall of the right-wing to write puff pieces without understanding Biden cares for the people by having personal relationships with foreign countries. To a degree, it is also necessary, as in the mangled world of Twitter, Facebook, etc the average Joe is unable to separate the truth from fiction. Instances like this are a dog-whistle to the right luring them in, simply saying, “Hey, we got the truth. They’re all scandalous except us!” It sets a dangerous slippery slope that can lead to radicalization and “Independent thinkers” or in a better sense… exploited naive thinkers. Without a doubt, it’s something our founding fathers would be disgusted with.

It remains to be seen what else the NY Post can come up with that could be of actual substance. Unfortunately, there ardent support of Trump has only and will continue to backfire.. As the real people of this country understand that in the wake of pandemics, what we need is cooperation with countries big or small… not isolation. 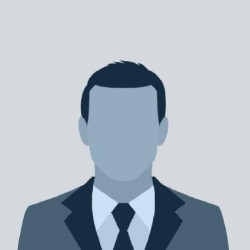 Latest posts by admin (see all)

Kim Yo-jong is the future of a progressive North Korea

Why Jeb! Is Still in the Election Race

Top 10 Reasons Why You Should Vote for Joe Biden

Help our organization by donating today! Every donation gets the chance to put up a message on our public Donor Wall! We ask that you be respectful as we cannot remove comments at this time :)

Politics admin - October 20, 2020 4
Republicans’ smoking gun may prove to simply advance Joe Biden, as there appears to be one underlying truth they are unable to...

So What if Our Future President Has Dementia?

Politics Light - October 1, 2020 2
2020 has been a wild year for the world, especially for people living in the United States of America. Strange times have...

Sports Light - August 4, 2020 0
The Washington NFL franchise announced on Monday, July 13th, that it would be changing its team name. However, influenced by greed, one...

Cinch News Network is your news, entertainment, music, and fashion website. We provide you with the latest breaking news and videos straight from our perspective.
Contact us: contact@cinchnews.com

All donors get to post a message to our thousands of readers! Please refrain from vulgar, bigoted, racist, sexist, inappropriate etc messages as we cannot delete or filter comments at this time 🙂

Help our organization by donating today! All donations go directly to making a difference for our cause.

So What if Our Future President Has Dementia?

Why Gaming Needs to Change