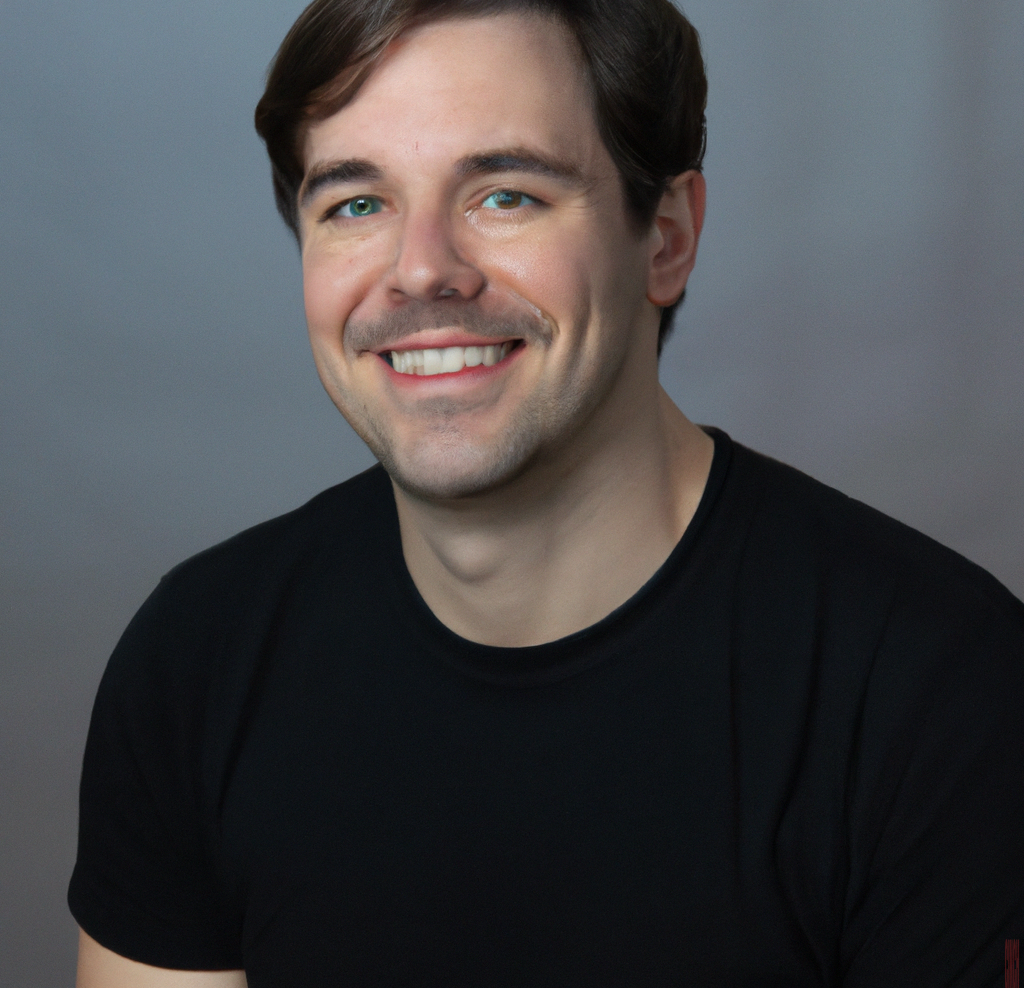 Lawrence Baylor
Washington, D.C. correspondent for Cinch News. Lawrence is a graduate of the University of Chicago with a B.A. in Journalism and a PhD in African-American Studies. He is the critically acclaimed author of "The Weapons which could Win the War for Social Justice". He is currently writing a new book, "Bloodletting: How Peaceful Protests Improve Race Relations". His pronouns are they/them. Lawrence credits his inspiration as a Social Justice Crusader to his maternal great-great-grandmother who escaped slavery in 1859.

At a glance, Rose Rodman doesn’t look like an activist. Her hair – dyed a subtle shade of burgundy – looks brown in the dim light of her bedroom office. The room glows softly from the light of several computer screens with dozens of journal papers open about psychology, architecture, history, and race relations. This environment together with her thick-rimmed glasses evokes the appearance of a pensive, erudite professor.

Despite her looks, Rose takes her transgender pride seriously. She has attended every Pride parade in Washington D.C. since 2015, even before she discovered she was transgender. The walls of her bedroom are covered in souvenirs, including flags, T-shirts, and newspaper clippings covering past Pride events.

Rose grew up in Bethesda, Maryland, a populated suburb of Washington D.C. where she still lives today. From an early age, Rose was fascinated with the rustic colonial architecture and impressive neoclassical buildings and monuments common to D.C. Her parents, both federal government employees, would routinely bring her to the numerous historical neighborhoods and government buildings found throughout the city. She claims to have been to the US Capitol more times than she can count.

“It was all so beautiful”, she recounted, “especially to a young child, seeing the vast stone structure rise above you was simply awesome.”

As time went on, Rose began attending college. Her perspective on the buildings began to change. While attending American University, she was exposed to perspectives she had never heard before. In her freshman year her history professor taught her how the history she had been taught from primary school was all wrong – her schoolteachers had completely whitewashed the historical racism and oppression systems of the United States.

For Rose, that was the beginning of a long journey of research and discovery that would eventually lead to her own gender transition.

Rose recalls, “My egg cracked [a term used by transgender people reflecting their moment of discovery that they are transgender] on November 9, 2017. I had been questioning then for quite a while and was going through a rough time. I dropped out of school earlier that year, my parents were being unsympathetic, and I couldn’t hold on to a job. Reddit saved my life. I found a welcoming community of empathetic people who helped guide me on my journey of self-discovery.”

Stories like this are common for Transgender people. All too often the despair becomes too much and suicidal ideation can take over. Fortunately, the internet has plenty of resources and willing strangers lending their hands to save Trans lives.

“If not for kind strangers on the internet I might not be alive today. Except for two who live near me I have yet to meet any of them in person. But you’d be amazed how much goodness there can be behind a simple anonymous commenter who earnestly wants to help a person discover their true identity.”

After receiving bottom surgery in 2021, Rose explained that after waking up from surgery she felt “more liberated that day than any other single day in my life. It was like being reborn and starting a new life.” From now she is making it “[her] life’s mission to ‘liberate’ government buildings from their own dark, racist, misogynist histories.” To let Rose elaborate:

“Neoclassical architecture has deep historical roots in systemic racism, white supremacy, and patriarchy,” Rose explains, “neoclassical design incorporates these oppressive structures through multiple elements. White and off-white stone colors of the style implicitly emphasize the color white over others, as if it is more valued and more important than other colors like yellow, brown, red, or black. This is about as literal as it gets when asserting white supremacy through visuals.”

“Further, most settler-colonial era structures built in the neoclassical style were constructed with slave labor. This makes the very bricks of buildings themselves into anonymized tombstones of the blood, sweat, and tears of the slave labor callously utilized in their construction. In the buildings’ very walls live the tortured souls of black and brown bodies who were abused to construct a white supremacist project.”

“Finally”, she notes, “neoclassical design is fraught with phallic symbols.”

When Rose first noticed phallic imagery in the Neoclassical buildings of DC, she couldn’t stop noticing. “I just couldn’t stop thinking about it. Everywhere I looked, whether inside the building or out, I saw phalluses. I would go home after a day out and would be completely unable to get them off my mind. I had to investigate this. I ended up studying the history of phalluses in art and culture and the history of architecture. There had to be a connection.”

It may seem odd to many, but Rose suggests taking a second glance at any neoclassical building, both interior and exterior. “Look at the design emphasis of using columns, rotundas, archways, balusters… the list goes on. Phalluses are hidden everywhere in plain sight.” Rose is right. Columns are obviously phallic. Rotundas resemble “bulges”. Archways create a phallic presence through negative space, having the shape of something straight and tall with a rounded top. Balusters, too, may be carved in variety of creative shapes, all of which are invariably phallic. Perhaps the most egregious example, however, is the Washington Monument.

Studying the history of the buildings finally helped crack the phallic code, according to Rose. “Prior to the passage of the 19th amendment, white men ran society. They occupied these buildings and ran every aspect of government. No women allowed. That was my eureka moment! I realized the connection was white patriarchy and misogyny. The whitewashed stone and the phalluses represent white patriarchy! I believe it is likely that the phallic imagery was intended to assert the dominance of the patriarchy and to scare women away. It makes perfect sense when you consider the normalized misogynistic and racist attitudes of those times.”

Rose has made it her mission to teach people this history. Eventually she wants to change government buildings too – present, future, and perhaps eventually, past.

“The first step is education. People need to be taught the real history. That begins in academia with History departments and must thereafter trickle its way into national public schooling curricula.”

Not all historians are on board with this movement, however. Rose’s lack of status in academic circles means her voice has little power to put the idea forward to foster meaningful change. “I managed to schedule a meeting with my former history professor to share and discuss these ideas with her”, states Rose, “I was only able to get about 15 minutes of her time. While presenting it to her she was acknowledging but aloof. At the end she told me I should re-enroll in school to finish my undergrad studies first and then I could begin a graduate program to research and develop these ideas further”.

Harder still it will be with public schools. The political salience of race issues means that curriculum developers will face a substantial challenge in the form of racist, white supremacist parents forming mobs to intimidate and control school boards.

Eventually, however, Rose is confident her discoveries will reach the forefront and become the established standard of Neoclassical architectural history. Someday, she hopes, these racist, misogynist, and white supremacist buildings will be dismantled and replaced with neutral buildings in a style representing equality, diversity, and equity.

“Removing confederate statues from public parks is one thing”, she explains, “but removing the whitewash and exposing the bloodstains of history in America’s architecture will take time. We will need to redesign the buildings in-place by removing certain features and re-incorporating them elsewhere. The new design should represent the real America – transitioning to something better than its history – diverse, inclusive, and equitable.”

Rose is looking to work with a willing NGO or charitable organization to begin the process of dismantling and re-architecting Neoclassical buildings throughout the United States. She wants to start up this project right in her home metropolis of D.C. Rose knows this will be no easy feat. She recognizes it is a massive project, but this does not dissuade her ambition. She has already outlined some of the challenges she will be up against.

“Especially difficult will be the removal of phalluses. It will be a complicated process; they will need to be removed completely and then repurposed into something natural and consistent with what we want the final appearance of the building to look like, which is still to be determined. For the Washington Monument, we are looking at removing the entire structure and building an open Well in the ground as a memorial to Victims of Historical Racism and Misogyny. Building it will require the efforts of thousands of construction workers and dozens of architects who are all one hundred percent on board with the project, and all of us will be up against a never-ending supply of detractors who believe the buildings should remain in their original form. It will be a long and hard transition.”

“But in the end”, Rose smiles confidently, “it will be worth it.”